Last week, while walking down Valencia Street in San Francisco, I met a guy... 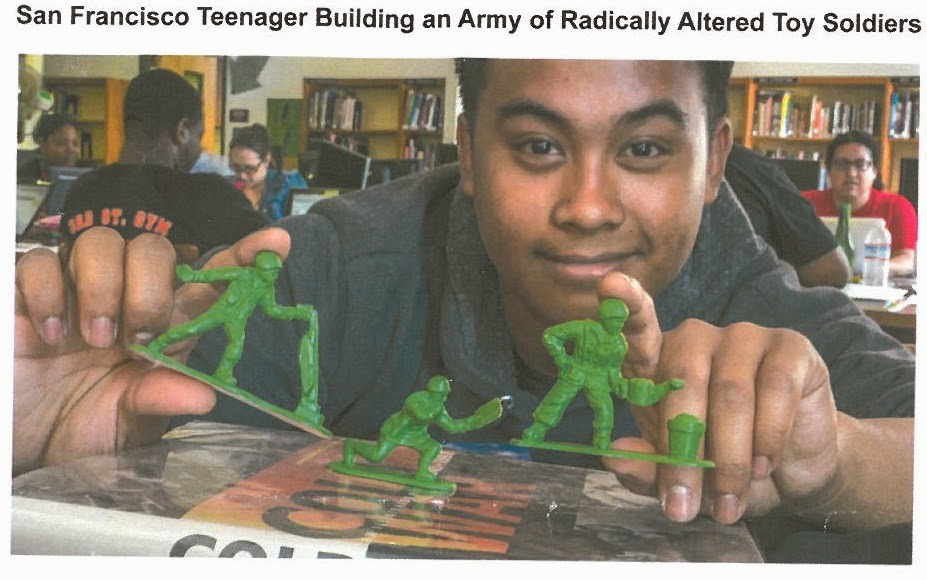 Noa Batle (not "Battle") is an 18 year old art student who is re-engineering his childhood toys to create a new world option - returning soldiers who adapt to domestic life where war is over.

You have until August 27th to help fund Noa's Kickstarter campaign to build an army of "Domestic Soldiers". The link shows how he does it, and gives closeups of his terrific "War Ball" sculpture.
Go Do.
" And He shall judge among the nations, and shall rebuke many people: and they shall beat their swords into plowshares, and their spears into pruning hooks: nation shall not lift up sword against nation, neither shall they learn war any more. "

(Incidentally, it seems I am a long-time admirer of his father's work: graphite sculptures you can use as drawing implements.)
Posted by Tessa Marquis No comments: