Admittedly, this is a little difficult to read.
It is "Park" Street, not Punk Street.
RSVP is to President@now-ct.org 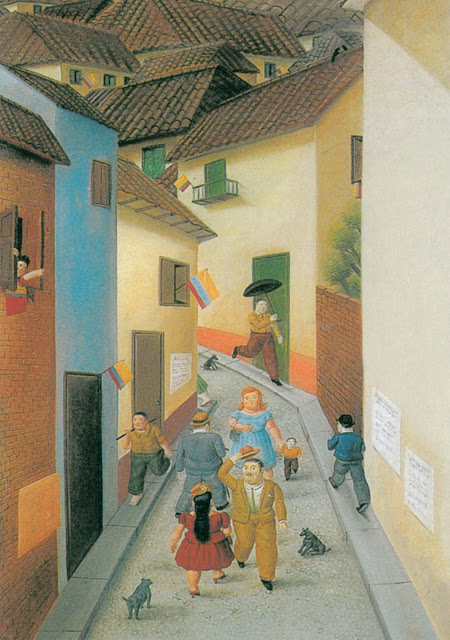 Email ThisBlogThis!Share to TwitterShare to FacebookShare to Pinterest
Labels: politics

No Cost to Attend!
As a reminder, the Democratic frontrunners are Chris Murphy, Susan Bysiewicz, and William Tong. There are other people purporting to run and there are Republicans, although there will not be any cross-party debates until after the Primary in August.

For now, I have no information on the Republican candidates. The most up-to-date- info I found today is here


If you would like to submit a question, please email the Quiet Corner Democrats. There will be a post-forum dessert reception.
~ QuietCornerDems@gmail.com

The forum will be moderated by John Dankosky, news director at WNPR and host of Where We Live. For more information, please contact Sharon Botelle-Sherman at 203-768-6295.

RICHMOND, Va. — Hundreds of women have locked arms and stood mute outside the Virginia State Capitol to protest a wave of anti-abortion legislation coursing through the 2012 General Assembly.

Capitol and state police officers, there to ensure order, estimated the crowd to be more than 1,000 people — mostly women. The crowd formed a human cordon through which legislators walked before Monday’s floor sessions of the Republican-controlled legislature.

None of the protesters carried posters. Few spoke, even when spoken to. Richmond resident Molly Vick wore a shirt that read, “Say no to state mandated rape.”

The AP doesn't want this re-posted but I just gotta.

In Case the "Newspapers" don't "Report" this

STATEMENT BY UNDERSECRETARY FOR CRIMINAL JUSTICE MIKE LAWLOR
Mike Lawlor, Under Secretary for Criminal Justice Policy and Planning, today released the following statement on the Federal Department of Homeland Security’s decision to activate their “Secure Communities” program statewide in Connecticut:
“While we are very mindful of the need to enhance public safety, there are legitimate concerns when it comes to the implementation of the Secure Communities program.  Six months ago, when the Department of Homeland Security announced that Secure Communities was scheduled to go “live” statewide in Connecticut, Governor Malloy asked for and received a delay in the activation because of these concerns.
“What this program does is it essentially converts local law enforcement officers into defacto agents of the Immigration and Customs Enforcement Agency (ICE).  The Governor shares the opinion of many police chiefs that this policy could lead to a situation where victims and witnesses in the immigrant community would be reluctant to cooperate with local and state law enforcement, something that would completely undermine the goals of this program.
“The Governor has asked Department of Corrections Commissioner Leo Arnone to create an ongoing review of how this program is implemented and what the ramifications are, and see what if any corrective action is needed going forward.  Decisions on how to respond to each request will be made on a case-by-case basis.
“As the report itself says: ‘DHS must ensure its immigration enforcement resources are focused on the removal of those who constitute our highest priorities, specifically individuals who pose a threat to public safety such as criminal aliens and national security threats, as well as repeat immigration law violators and recent border entrants. In fact, the expenditure of resources on cases that fall outside our enforcement priorities hinders our public safety mission by clogging immigration court dockets and diverting resources . . . .’”
For more information on the Task Force’s report, click here. DHS’s program will begin on Wednesday, February 22nd.
###
ps: Sorry for the gap in blogging - I have been in away and on a different set of issues.
Posted by Tessa Marquis No comments:

carbon nation is a documentary movie about climate change SOLUTIONS. Even if you doubt the severity of the impact of climate change or just don't buy it at all, this is still a compelling and relevant film that illustrates how SOLUTIONS to climate change also address other social, economic and national security issues.

[...] retired from NOAA/NMFS and joined Ocean and Coastal Consultants as their Manager of Regulatory Affairs in 2006. In both careers, Mike’s principal responsibilities have been related to evaluating and designing environmentally compatible development of coastal and Exclusive Economic Zone locations in Waters of the United States. He continues to be involved in the development of alternative energy and aquaculture systems along with Port and Harbor improvements. His education includes degrees in Zoology and Marine Geology, Marine Science focusing on predator- prey relationships and Physical Oceanography.

Mr. Ludwig has written extensively on climate change and aquatic impacts. His work has appeared in both national and international publications. His most recent paper in the US is an assessment of port development, habitat creation, and impact management options protective of aquatic resources. He writes a column on international environmental issues for the Sherkin Comment, published by the Sherkin Island Marine Station in County Cork, Ireland.

Email ThisBlogThis!Share to TwitterShare to FacebookShare to Pinterest
Labels: life on earth

A Generous Invitation - Even if you aren't Jewish

"Year of the Dragon"

Email ThisBlogThis!Share to TwitterShare to FacebookShare to Pinterest
Labels: Truth Justice and the American Way

As if Fracking Weren't Bad Enough WASHINGTON - House Republicans are pushing a plan to allow oil drilling in the Arctic National Wildlife Refuge and several other areas currently considered off-limits to energy production, stapling the measures to a massive transportation bill expected to move through the House.
The House Natural Resources Committee Wednesday passed a trio of bills directing the government to allow drilling in the Atlantic and Pacific oceans--where leases aren't currently offered--and open up a chunk of the Arctic refuge to drilling. The bills also pave the way for oil-shale development in western states.
The bills will be attached to a measure endorsed by House Speaker John Boehner (R., Ohio) that authorizes $260 billion over five years to fund federal highway and transit programs. Republicans say the revenue from expanded oil production will help pay for the transportation projects.
The House is likely to approve the package in the near future, marking a win for the oil-and-gas industry that urges greater access to U.S. lands and waters. The fate of the legislation in the Senate is less clear, however, given the Democrats' control of that chamber.
[...]
Among the most-controversial bills approved by the committee Wednesday is a measure that allows drilling on a 3% chunk of the Arctic National Wildlife Refuge. The measure passed by a vote of 29-13.
Rep. Don Young (R), the sole representative from Alaska, long has pushed for oil production in the refuge and said it would be a "foolish mistake" to ignore the oil resources under the refuge.[...]

The committee also passed a bill by a vote of 25-19 compelling the Obama administration to allow drilling in the Atlantic and Pacific oceans. A formal moratorium on drilling in the areas was lifted in 2008, however, many state governments continue to oppose oil production off their coasts. The Obama administration maintained a years-long ban on the Atlantic and Pacific when it proposed a five-year plan for offshore-oil drilling late last year.
Republicans have passed multiple pieces of legislation to expedite or expand U.S. oil production, asserting the energy industry is a source of jobs in a weak economy. But the legislation fizzles once it hits the Senate.
Copyright (c) 2011 Dow Jones & Company, Inc.
Posted by Tessa Marquis No comments:

Received in the email inbox:
TAKE A
STAND AGAINST
CORPORATE GREED!
SUPPORT DISPLACED
CLEANERS AT THE
HARTFORD COURANT.
WHEN: THURSDAY, FEBRUARY 2, 2012 -- “GROUNDHOG DAY”
BEGINNING AT 3:30PM
WHERE: 285 BROAD STREET, HARTFORD
If Punxsutawney Phil sees his shadow on Groundhog Day will there be justice for workers in Hartford?
Local 32BJ, SEIU Connecticut District
196 Trumbull St. 4th Flr., Hartford CT 06103
(860) 560-8674 - www.StandWithBuildingWorkers.org
This is not a request for anyone to cease performing services or halt deliveries.
Posted by Tessa Marquis No comments: