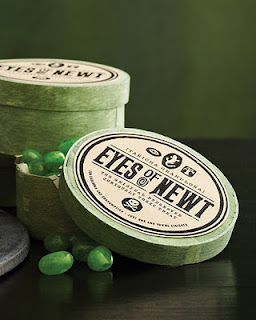 Tell your friends and relatives in Florida to vote for Newt Gingrich in the Primary. Florida is a winner-take-all state. [Corrected due to rules confusion as re-explained by Rachel Maddow.]  After all, you don't want Romney to win, do you? Where's the fun in that?
Posted by Tessa Marquis No comments:

Union-Busting in Milford - Thin Edge of the Wedge

HealthBridge Management, owners of the West River Health Center (aka "The Grinch") locked out workers in mid-December - after what appears to be contract negotiations that smell fishy at best. Click here for SEIU 1199 post on this issue.

According to the Connecticut Post "The company has offered employees a 12 percent raise over three years, but union officials said the proposal also reduces sick and vacation time and allows hiring of per-diem staff, which could reduce the number of employees eligible for benefits."
I have spoken to some of the healthcare workers from the site and they report that their jobs are being covered by $18/hr hires brought in from out of state. The $18/hr is probably what the employment agency is being paid, not what the substitute workers are being paid. Generally this would be closer to $10/hr without benefits.

Sunday evening there was a vigil on the Milford Green. Participants included State Senator Gayle Slossberg as well as Rich Smith, Chairman of the Milford Democratic Town Committee, both of whom vowed full support for 1199 and the locked out workers. Smith spoke about the anti-union and anti-middle class sentiments of management and Slossberg spoke about the clients these caretakers were locked out from helping.

A previous vigil, in late December, was attended by Senator Richard Blumenthal, who is also calling for more attention to the abuse of seniors on many levels.

The inside talk on this is whether the management will simultaneously lock out healthcare workers at the Danbury or Westport locations they own, or continue using Milford as a test case.

Walk the Line at 245 Orange Avenue Milford, CT 06460 in Solidarity with locked out healthcare workers and in Sympathy for the clients who need them.
Posted by Tessa Marquis No comments:

Malloy in Davos - A Business Trip

Richie:  Did you bring me anything?

Richie: [studies it for a second]  YAY!


Listening in on a conference call between Governor Dannel Malloy and The Press yesterday gave me some new impressions of the business of journalism and  the process of the interview. A clear delineation could be heard between those seeking insight and information (AP reporter Sue Haigh) and antagonistic baiting (a bully who was mostly interested in his own voice).

Certainly the Governor is in Davos with CT Economic Development Commissioner Catherine Smith to talk turkey with possible investors in the form of companies relocating or rebuilding in the state. It is silly to see the trip as a ploy for his ambitions to higher office, but that is more funner for the readers. It is not like journalism is always used to inform the public.

My takeaways:
From Wikipedia:


A microgrid is a localized grouping of electricity generation, energy storage, and loads that normally operates connected to a traditional centralized grid (macrogrid). This single point of common coupling with the macrogrid can be disconnected. The microgrid can then function autonomously.[...] The multiple dispersed generation sources and ability to isolate the microgrid from a larger network would provide highly reliable electric power. Byproduct heat from generation sources such as microturbines could be used for local process heating or space heating, allowing flexible trade off between the needs for heat and electric power.

Malloy's next stop: A Forum on "The New American Identity".

Loser du Jour: The reporter who asked for info on celebrity sightings: "Mick Jagger?" What a fool. Everyone knows that Keith Richards lives in Connecticut. You don't need to go to Switzerland to see a celebrity.

And Keith Richards is my favorite Beatle.
Posted by Tessa Marquis 1 comment:

STATEMENT FROM OPM SECRETARY
BENJAMIN BARNES
(HARTFORD, CT) – Office of Policy and Management Secretary Ben Barnes released the following statement on the latest Office of Fiscal Analysis report:
I think the first point to make is that it should be reassuring to taxpayers that the Republicans are arguing with Governor Malloy over how many billions of dollars his policies have saved, as opposed to how many billions of dollars his policies have created.  That’s a welcome change from the past 16 years.
Nevertheless, it is disappointing that the Republicans continue in their never-ending attempt to score political points against Governor Malloy, especially on the issue of the state’s finances.  Given all that Governor Malloy has done to clean up the financial wreck he inherited from Rep. Cafero, Sen. McKinney, Governor Rowland, and Governor Rell – a $3.5 billion deficit, early retirement incentives, borrowing for operations, underfunding pension payments, etc. – the criticism is kind of ironic.
In this past Wednesday’s installment, Rep. Cafero claimed that there is a “$145 million deficit hole.”
That is incorrect.  The analysis showing that gap does not take into account significant available revenue, more than $100 million in the Reserve for Salary Adjustments account.  Beyond that, Governor Malloy has repeatedly assured our citizens that he will manage to the bottom line -- there will be no deficit, period.  And the state will end the year in the black.
The Republicans can ask these questions any way they want, and they can use all sorts of interesting theatrics in the process, but the answer will always be the same thing: we are confident in OPM’s numbers and the calculations provided by the State’s pension plan actuary.
While we respect the capabilities of the legislature’s Office of Fiscal Analysis, they are not actuaries; their analysis of the pension fund is flawed.  The House minority should refer questions about the actuarial funding of the pension plan to actuaries.  We have relied on the plan’s actuaries and we are confident in their findings, which show billions of dollars in long-term savings to taxpayers as a result of plan changes negotiated by the Administration last summer.
###
Posted by Tessa Marquis No comments:

Email ThisBlogThis!Share to TwitterShare to FacebookShare to Pinterest
Labels: money

Claims that the United States entered a post-racial era with the election of Barack Obama are premature, according to political scientist Pearl Ford Dowe of the University of Arkansas. Her research shows that stereotypes stigmatizing African Americans and Latinos remain strong. 
“According to the Blair-Rockefeller Poll, the presence of the first African American family in the White House has done little to alleviate these attitudes,” Dowe wrote in a recently released report of poll findings titled “Racial Attitudes in America: Post-Racial in the Age of Obama Fails to Exist.” The full report is available at the Blair-Rockefeller Poll website, http://blairrockefellerpoll.uark.edu/6107.php.

“Will America eventually move to a post-racial society? That is difficult to tell, but what is clear is that different racial perspectives have yet to converge,” Dowe concluded.

Dowe is assistant professor of political science in the J. William Fulbright College of Arts and Sciences at the University of Arkansas.

The Blair-Rockefeller Poll was created by political scientists Todd Shields, Pearl Ford Dowe, Angie Maxwell and Rafael Jimeno of the Diane D. Blair Center of Southern Politics and Society at the University of Arkansas. With over 3,400 respondents, the poll has a national scope as well as ample sampling of such traditionally under-polled groups as African Americans and Latinos.
Posted by Jonathan Kantrowitz No comments:

Love the Turks, Hate the Slaughter 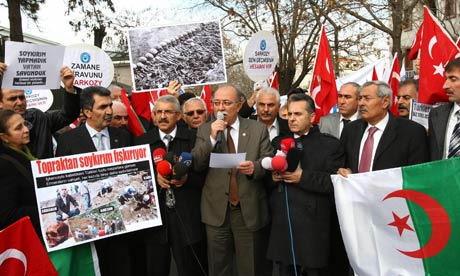 Armenian genocide denial will become a crime in France despite protests against the law by Turkish unions. Photograph: Adem Altan/AFP/Getty Images

French senators have approved legislation making it a crime to deny that the mass killing of Armenians by Ottoman Turks nearly a century ago constitutes genocide.


Supporters of the bill claim 1.5 million Armenians were slaughtered in Turkey under the Ottoman authorities during the first world war in a deliberate policy that constitutes genocide. Many historians agree, but Turkey disputes the term "genocide" and claims many Turks died during fighting in eastern Turkey in 1915 and 1916.

Those denying or "minimising" the genocide could face a €45,000 fine and a year in jail. France recognised the killing of the Armenians as 'genocide" in 2001, but at the time introduced no legal penalty for denying it.


© 2012 Guardian News and Media Limited or its affiliated companies. All rights reserved.

Email ThisBlogThis!Share to TwitterShare to FacebookShare to Pinterest
Labels: genocide

Steve Fontana announced today that he will seek the Democratic nomination for State Senator for the 34th District, which encompasses all or part of the towns of Wallingford, East Haven, North Haven, and Durham.

“I’m running for State Senator from the 34th District because I’ve spent my career putting the needs of hardworking families and seniors first, and I will make rebuilding the middle class my one and only priority,” Fontana said.

“Throughout my career in public service at the state and local levels, I’ve demonstrated not only the courage to stand up for what’s right, but also a proven record of fighting for middle class families and seniors and getting results for them.

Fontana served as North Haven’s State Representative in the General Assembly from 1997 to2011. During that time, he served as chairman of the Energy & Technology Committee for four years, and as the chairman of the Insurance & Real Estate Committee for two years. He also is a former member of North Haven’s Conservation Commission, Board of Finance, and Board of Selectmen. He has a B.A. from Oberlin College, an M.B.A. from Cornell University, and a J.D. from the University of Connecticut.

Disclosure: I am assisting the campaign as Deputy Treasurer.
Posted by Tessa Marquis No comments:

Year of the Dragon

Cable TeeVee is a-flame with doomsday predictions for 2012 but I found this nicely reassuring tidbit:

In China, there is no doomsday prediction for 2012 besides Hollywood movies. On the contrary, China has one prophecy regarding to 2012 from Ching 清 Dynasty. It said that a wise man will appear to make the world prosperous and peaceful in the year of Black Dragon.

2012 is a Black Water Dragon year, which generally, I believe, means floods and money, if I am remembering my Feng Shui etc. properly. Terence McKenna would of course disagree.

I recommend you eat delicious Chinese food* and enjoy your life.