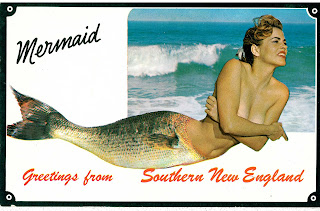 From the postcard collection.
Posted by Tessa Marquis No comments:

Today is the 2nd Anniversary
of the murder of
Doctor George Tiller. 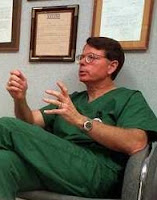 I won't link to the wikipedia pages where more space is given to his death than his life. Instead I will remember the stories of those he helped physically, emotionally, and psychologically, as any good doctor will do.

Thank you, Dr. Tiller
Posted by Tessa Marquis No comments: 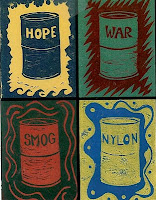 While you trundle down your personal path today, keep in mind the Others, the Necessary, the Wonderers and the Wanderers, the Differences and Similarities, and all the spaces Inbetween.
Posted by Tessa Marquis No comments:

Not from The Onion…From Ohio

Friday, May 27, 2011
With Ohio facing $500 million in backlogged capital projects at its state parks and gas prices still flirting with $4 a gallon, House Republicans say now is the time to allow oil and gas drilling in parks and other state-owned land.

After a three-hour debate, the House voted 54-41 yesterday for a bill that would create an Oil and Gas Leasing Commission to oversee the leasing of state-owned land for oil and gas drilling. […]
"We're not against drilling. We're against drilling in parks," said Rep. Robert F. Hagan, D-Youngstown, who went on to question whether Republicans were on drugs.

I went to Hartford yesterday to attend the Manufacturing and Technology Day events at the Capitol. There was to be a panel discussion, followed by exhibits by 35 Connecticut manufacturers. Here is the blurb from the invitation I received:

Manufacturing works for Connecticut: It’s the key to good jobs and a bright future in the global, technology-driven economy. On May 25, manufacturers will go the Capitol to talk about the top issues impacting their industries, and exhibit products and services. Be part of this special event to show how manufacturers are a vital part of Connecticut’s economy and future.

What I failed to notice is that this was being organized by the CBIA (Connecticut Business & Industry Association). This is an organization who works to kill legislation that may help working people, consistently disseminates untruthful interpretations of bills in the legislature, and inserts itself into government as though it actually represents businesses in the state.
Please note the Letter to the Editor published in the New Haven Register on Sunday, prior to the Senate vote on Paid Sick Days. It is reprinted in full below.


Arrogance of CBIA found in ‘scathing’editorial​
Published: Sunday, May 22, 2011
The Register’s scathing editorial slamming the paid sick leave bill easily could have been written by the Connecticut Business & Industry Association. It’s typical of the arrogant disregard it has shown toward the state’s most economically vulnerable workers.

It’s a perfect example, too, of the CBIA expecting these struggling workers to accept a no-win situation.

The CBIA also has railed about the captive-audience bill, which would stop employers from bullying and intimidating employees to prevent them from joining a union. Not surprisingly, many employees who presently enjoy the benefit of paid sick leave are union members or well-paid professionals, who simply take for granted the availability of sick leave.

As many former union jobs have been downsized away or shipped overseas, to be replaced by lower paying service sector jobs, many workers no longer enjoy benefits such as paid sick leave.

While current labor laws make it nearly impossible for workers to exercise their right to join a union if they like, the CBIA, Republicans and even some Democrats are opposed to enacting a law that would allow more of Connecticut’s workers to earn up to five days of sick leave a year.

A group of 16 distinguished economics professors in Connecticut wrote an open letter to the General Assembly in which they present strong evidence that “while costs for employers are extremely small, the benefits are substantial.” They cite research showing that paid sick days are “smart business” and would “improve employee retention, minimize layoffs, promote work-life integration, enhance economic security for working families and create a level playing field among employers.”

The paid sick leave bill would ensure a measure of dignity and respect for many under-appreciated workers, who have been among the hardest hit in the recession. Let’s hope Connecticut will lead the way forward on this important issue.

The rage of CBIA members against the Paid Sick Leave bill - which includes misinformation and threats to lay off workers and cut vacation days - has been going on for several years. Their anger is unabated and is also directed at the Captive Audience bill, as noted in the LTTE above.This bill is defined as an Act to "prohibit an employer from coercing employees into attending or participating in meetings sponsored by the employer concerning the employer's views on religious or political matters."  Seems an obvious YES vote to me.


...we're not out of the woods yet. The bill should go to the House next week, but the CBIA and their big business allies will stop and nothing to derail us. We don't have the multi-million dollar lobbying war chests of the big business lobbyists. We've gotten this far on grit, creativity, hard work, and the support of people like you. Now we need your help to keep the momentum going for one more week.

Please join us as Ben Blake announces his candidacy for Mayor
THURSDAY, MAY 26, 2011
6 pm
On the steps of Milford’s Historic City Hall


And….Following the announcement
YOU ARE CORDIALLY INVITED TO
A RECEPTION IN SUPPORT OF
BEN BLAKE'S CANDIDACY FOR MAYOR OF MILFORD
STONEBRIDGE RESTAURANT
50 DANIEL STREET – MILFORD
7 pm
Please RSVP to BEN@BLAKEFORMILFORD.COM
If you cannot attend, please consider making a contribution through
the campaign website www.blakeformilford.com or by mail to
BLAKE FOR MILFORD
PO Box 3307 Milford, CT 06460

Thank you for your support! 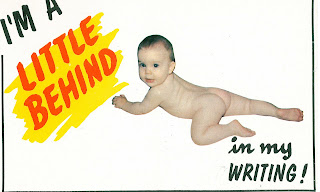 From the postcard collection. Circa 1974.
Posted by Tessa Marquis No comments:

The War on Women

Got an email today from Nancy Keenan, President of NARAL Pro-Choice America, which went into detail about the War on Women.  Among other things noted in the email was this:

Anti-choice leaders pushed H.R.3, the outrageous "rape-audits" bill, through the U.S. House of Representatives, and now a vote on this legislation in the U.S. Senate could come down to the wire.

Show Congress You're Fighting Back
Anti-choice senators are preparing to move the War on Women forward with legislation that will deny women access to everything from birth control to cancer screenings to the right to choose safe, legal abortion.
Join the photo petition today.
NARAL Pro-Choice America will deliver your photo to our senators to make sure they see who these dangerous bills could impact.  Senator Blumenthal is a longtime supporter of women and girls' rights. Senator Lieberman is...well...Senator Lieberman.

Incidentally, the Connecticut organization, NARAL Pro-Choice CT,  welcomes your donations to support work to defend the laws that ensure women's reproductive rights are not abridged.


Posted by Tessa Marquis No comments: